We trust someone when we recognize them to be knowledgeable, have the power to carry out things we expect from them and who wish good for us. The knowledge and power of any creation is not perfect like that of Allah SWT and no one wishes good for us like Him and in fact He wishes good for us more than we would wish for ourselves. It has always been the glory of people of Islam to trust Allah SWT. They leave their matters in the hands of Allah because they recognized Him to be most knowledgeable, powerful and muhsin. Today people trust the causes and means and not Allah SWT. There are two types of tawakkal, one is to trust the means and the other is to trust Allah SWT. Those who trust means are weaker in eeman. A muslim adopts the means but trusts Allah SWT.

When a child wants to get the milk bottle, he cries and screams. The child knows that his cries and screams won’t take him to the bottle but his mother’s attention would get him the milk bottle. Similarly a believer thinks that the means won’t get him anything but only the attention of Allah SWT. The believer’s attention will be to seek the attention of Allah SWT and hence he won’t adopt any haram means to achieve anything as he doesn’t trust the means but Allah SWT. He won’t fear that someone would deprive him of his provisions because he trusts Allah that he would get what is destined for him. Once a man saw a blind crow and he wondered how it will seek for food. When he was thinking like this, an eagle came with food in its beak and fed the crow. Seeing this he thought when Allah can feed the crow like this, He Azzawajal will surely feed him too without him doing anything and with this thought he spent days doing nothing for food. He got extremely hungry and when he couldn’t bear it anymore, he approached a hakeem and narrated his story. The hakeem told him that Allah showed him two things, one without means, i.e., the crow and the other with means, i.e., the eagle and he asked him why he was not like the eagle feeding himself and others with the means that Allah provided him. When one is granted means, he should use it as per the command of Allah and when one doesn’t have any means; he doesn’t have to worry for Allah is all able to provide him without any means. With this attitude, a believer can be completely satisfied with his life and be peaceful all the time for a believer doesn’t rely on the means.

When one trusts Allah, he gets the love of Allah, the creator and also the love of the creation. When a man depends on people and expects from them and shows greediness that is when he will fall before their eyes. A man depending on Allah alone will be rich in the heart.

Today people are being recognized to trust them but Allah is failed to be recognized. The tawakkal can be difficult to be understood except those who have eeman. Once Muawwiya ؓ sent a letter to our beloved mother Aysha (RA) requesting her to advise him. She replied back with couple of lines. In the first line, she told that when one intents to do something and fears none be it society, family or anyone but seeks only the pleasure of Allah, then Allah himself will take complete responsibility of his task. In the second line, she told when one cares only about people thinking what they will think about him, caring for his fake honor in the society and so on but doesn’t care to fear Allah, then Allah will leave him to his creations. That is when a man will be dependent on people for the whole of his life.

This tawakkal is an amazing thing and when one learns to trust Allah, he will enjoy his life and get rid of depression or fear. Today the muslim is trusting the means instead of Allah. If we are to trust the means, the kuffar are way advanced in possessing means be it technology, weapons etc., and in fact we muslims are a century behind them when it comes to means but if we look at their lives, they are the largest consumers of anti-depressant drugs than us. Life is not made from the means but from the Lord of the means. We trust a person when we recognize him and we recognize a person when we get closer to him. Similarly we will recognize Allah when we will get His kurb (nearness or closeness). This kurb of Allah can be achieved by two things. In a hadeeth, it is said that a person gets closer to Allah through the obligatory acts and when he performs more nafil acts, Allah becomes his eyes, ears, tongue and feet. So we should increase the nafil acts when we will get closer to Allah and thus get His maarifat (recognition). Then in a hadeeth, it is said that on the Day of Qiyamah, Allah will ask a servant why he didn’t feed Him and clothe Him. The servant will ask in an astonishment how can one feed the Lord of the heavens and the earth when Allah will reply, didn’t His poor servant come to his door for food and he turned him away? So by increasing the nafil acts and by helping the creations, one can get the kurb of Allah.

When there are two deaths in a hospital, one of a kafir and the other of a believer; the kafir relative gets disturbed and worried thinking that had he shown the deceased to another doctor, he would have saved him while a believer thinks that even if hundred doctors join to save his relative from death, they would not have succeeded when Allah decided that to happen by His infinite wisdom and he remains content with the qadr of Allah. Here both a kafir and a believer adopted the same means of treating their men but the end effect was different on them. Today people are surrounded by problems everywhere than before and they need more help but they want to find solutions by themselves and they want to solve by all the means they have. When a person is deprived of any means, he becomes disappointed and loses hope. There is more loneliness today inside a person, he doesn’t pay attention to his wife or children or parents and he remains isolated. A man thinks when he gets a son, his life would be better, he gets a son; he then thinks if the son gets admitted in a good school, it would be good and the son gets admitted as he wished and he wishes he gets a good degree and then a good job but eventually we see the man in the same state as before he had the son. He didn’t achieve much through all these means. We have brought so many screens of sins before us that we have gone far away from Allah lest we recognize Him and put tawakkal on Him. If a person does righteous acts and still doesn’t recognize Allah then he should know that there is some barrier of sin between him and Allah that is stopping him from recognizing Allah.

When we look at the tawakkal of Ibrahim ؑ, he left his wife and his little son in the barren valley of makkah putting trust in Allah. Even his wife is an amazing woman. Ibrahim ﷺ was commanded not even to speak and as he started walking leaving his beloved wife and the son in that land where no sign of life could be seen and no human can be seen from a far off place, his wife came running to him asking him why he left them there? He remained silent, when she asked him again, he remained silent and when she asked again, he still remained silent and finally she asked him if it is the command of Allah when he affirmed by nodding his head. What a recognition she had of Allah for she immediately replied, “Then Allah won’t abandon us”. She is having a baby that breast feeds and when there is no water, the mother’s breast gets deprived of milk and it is easy to remain hunger and thirsty than to see one’s child in hunger and thirst and here is the mother who recognized Allah and trusted Him.

It comes in a hadeeth that when a person says, “Bismillahi tawakkaltu ala Allah laa hawla wa laa quwwata illah billah” on leaving one’s house, then it is said to him, you are guided, taken care of and protected, so the devil keeps away from him. Then the devil says to other devils, ‘What can you do against a man who is guided, taken care of and protected?’ and thus the devil gets disappointed and loses hope in leading him astray. Once a Sahabi ؓ asked our beloved Prophet ﷺ if he should trust Allah and leave the camel without tying it when the Prophet ﷺ asked him to tie the camel and trust Allah. And we should adopt the means whatever Allah has blessed us with but we should turn only to Allah and trust Him alone.

I have learnt to accept that there are my plans also Allah's plans. My plans are according to my wishes and His are according to infinite wisdom. I need to trust Allah with all my heart and always remember that He knows what is best for me. Always :>
Labels: #konsep #tawakkal #islamic #trust #MOTIVATION 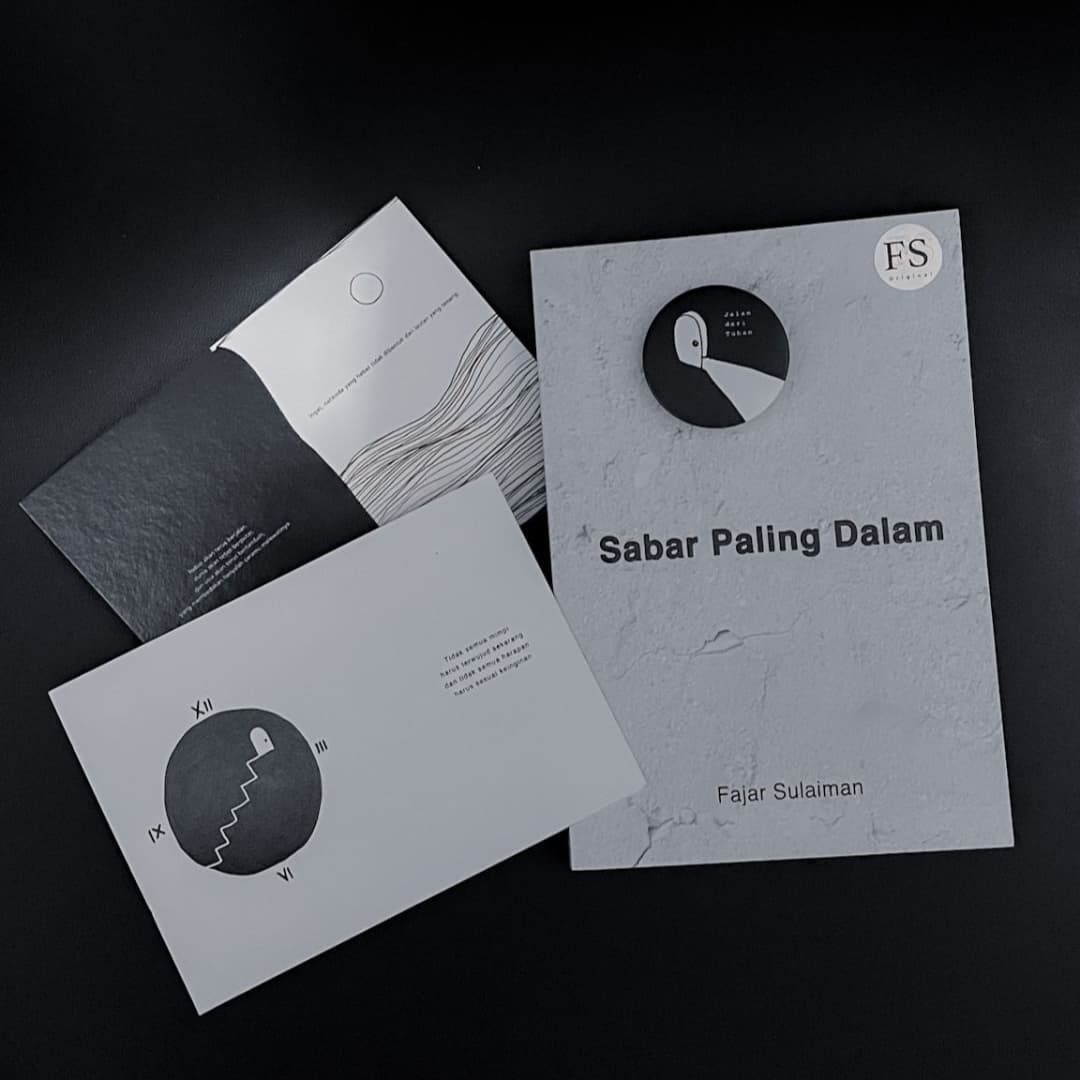